The March Pocket gacha round is about to start besides Ju Yanez has some thing sexy and stunning for the mens? no not this time.  It is indeed for  women’s for the first time jumper with attractive colors by Xenails. If you are lucky to play for some while and win the rare item you will also win Katana. I feel totally like a badass bish now. Besides the round just about to starts on 15th from 7 am SLT.

Can’t go wrong with lashes they simply make eyes look flattering over and above I love the lashes by Michan which you seen me posting last time for skin fair event. So I thought to show you another option in the pack these are the thick lashes. In addition I chunk it up with bento rings by Elise coming soon at the Tres Chic. Keep reading for more details…

Mask:
BTTB ros mask (gift)
By: BOYS TO THE BONE 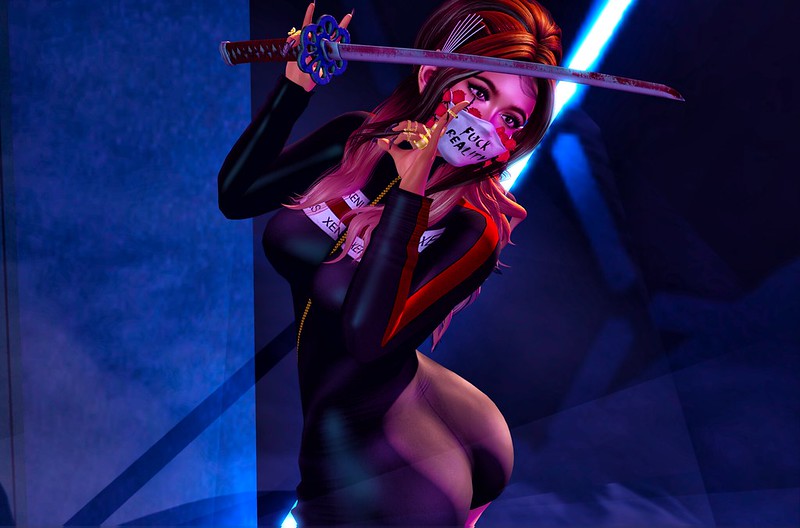